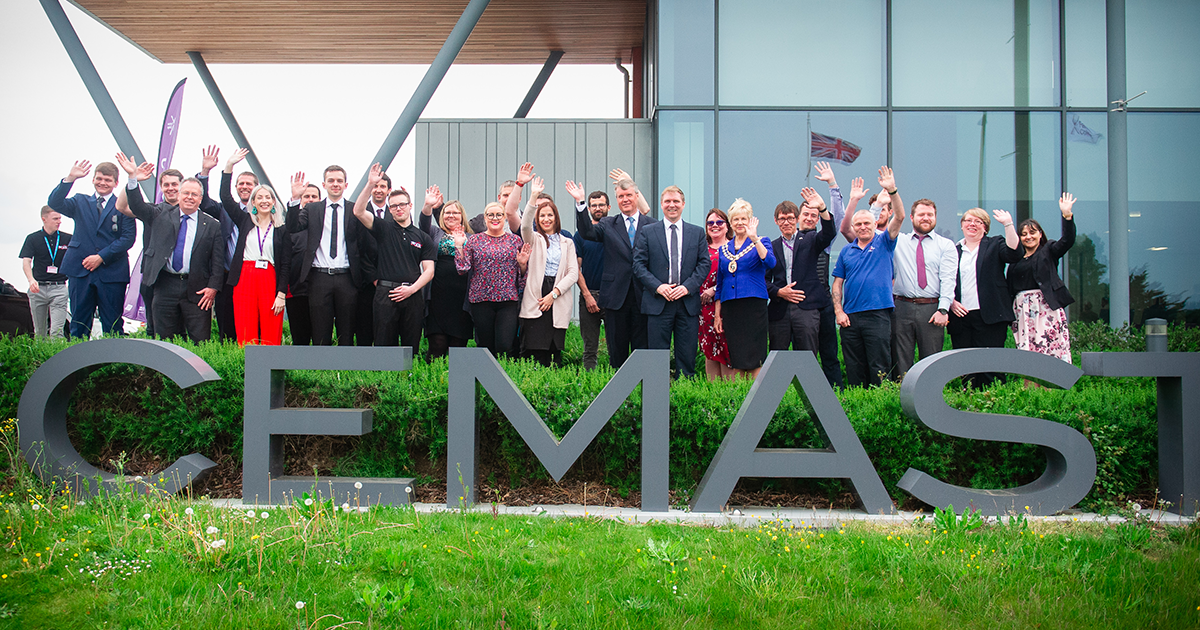 Fareham College invited staff, employers and students, past and present, to join it in celebrating the fifth anniversary of the opening of its Centre of Excellence for Engineering, Manufacturing and Advanced Skills Training (CEMAST).

The centre, which opened in 2014 and is based at Daedalus airfield in Lee-on-the-Solent, has trained thousands of students, equipping them with valuable automotive, engineering and manufacturing skills to enable them to thrive in industry.

Providing advanced engineering skills key to the local economy, CEMAST is used by some of the biggest employers in the Solent region. BAE Systems, GE Aviation, South Western Railway and Coopervision are just some of the companies that work in partnership with Fareham College and look to CEMAST to train their apprentices.

The £12m facility was the venue for the special birthday event, which included a cake-cutting ceremony, visits from the Mayor of Fareham, Councillor Susan Bayford, and the Leader of Fareham Borough Council, Councillor Seán Woodward, as well as speeches from an employer and a past student.

Former student, Britoni Farrer-Williams, shared her experiences of CEMAST and how her training there has helped her to achieve her dream of working in the motor racing industry.

Recounting one of her fondest memories of CEMAST, Britoni, who is now an apprentice at McLaren Racing, said:

“I studied motorsport engineering Level 2 and Level 3 at CEMAST and one of the projects I will always remember is getting to work on the college’s Formula 750 car. The college is involved in a motor club and it hadn’t won any trophies up until my first year here. We got our first two trophies on my first race.”

The event closed with an awards ceremony. Delegates were asked to view the final projects of the college’s Level 3 and HNC students and vote for their favourite across four categories: Best Mechanical Project, Best Electrical Project, Best Aeronautical Project and Best Overall Project.

Jack Head, who won Best Overall Project for his search and rescue drone and hopes to progress on to an HND at CEMAST in September, said:

“After spending some time during my induction week at BAE with the Emergency Response Team, I saw how widely drones are being used. This inspired me to design and build a search and rescue drone to be used inside a naval base environment. I am very happy to receive this award – it was really unexpected. The excellent support and teaching I received from the lecturers at CEMAST really helped me to complete my project. My aim now is to finish my HNC and then progress on to an HND in September.”

“CEMAST opened in February 2014 and my first cohort of apprentices came here that September, so pretty much from day one. When I first visited I was bowled over, not just by the facilities but by the team here as well.”

“It’s great to hear how our students are excelling and achieving in their chosen careers and how the college is equipping them with the skills employers really need. CEMAST wouldn’t be the success it is were it not for the amazing support it receives from employers, who we work with to ensure that the training it delivers reflects industry standards. I’m incredibly proud that CEMAST is seen as an exemplar of technical and professional education that is preparing students and apprentices for their future careers.”

Progression Information for all students
April 8, 2020