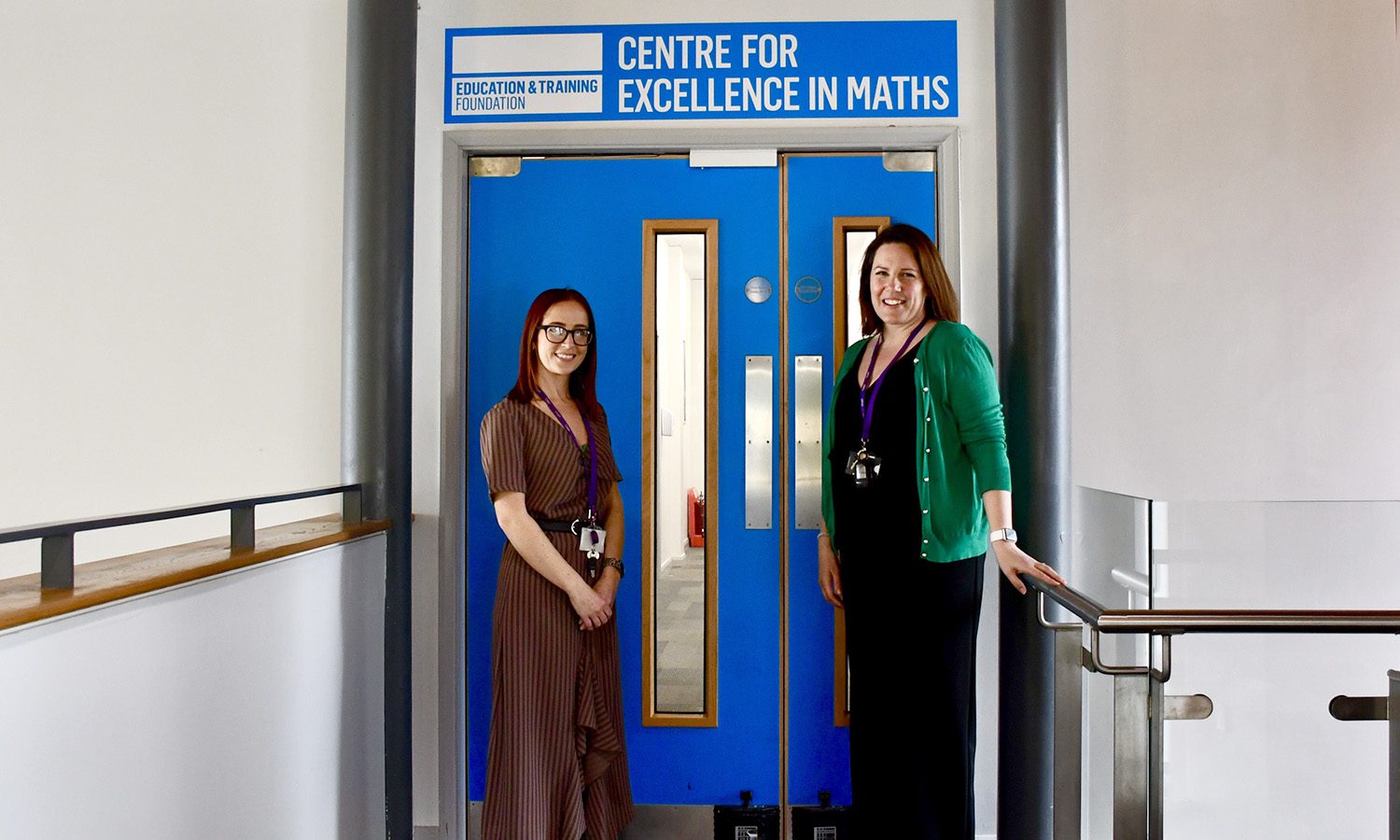 Fareham College has been successful in securing funding from the Department of Education to complete an action research project into how Maths is taught to those aged over 16 years. The College already leads one of only 21 Centres for Excellence in Maths in the UK, which supports improvements in teaching Maths in the post-16 sector.

The action research project, led by Fareham College, focuses on working with students who suffer with Maths anxiety and has already produced excellent results through improved attendance to lessons, participation, and better grades via a bespoke Maths Coaching programme.

Working with six other colleges including, Highbury College, HSDC (Havant and South Downs College), Isle of Wight College, Southampton City College, Sparsholt College and St. Vincent’s College, Fareham College has replicated its successful Maths Coaching programme, and even created an online version of the programme, so that it could continue to be delivered during lockdown. Working with these colleges, the programme has reached over 500 students to help them to overcome their Maths anxiety.

Fareham College’s Head of English and Maths and Director of the Centre for Excellence in Maths, Rosie Sharp says, “We have seen a dramatic increase in Maths anxiety in students aged over 16 years in recent times resulting in poor attendance, poor participation in lessons and low grades. To be seen as not being good at Maths often means that students lack confidence and can achieve a grade less than what they are capable of. However, through this ground-breaking new Maths coaching programme, we have seen students’ confidence building and becoming more resilient, which then means they perform much better, opening up other areas of the curriculum to them.”