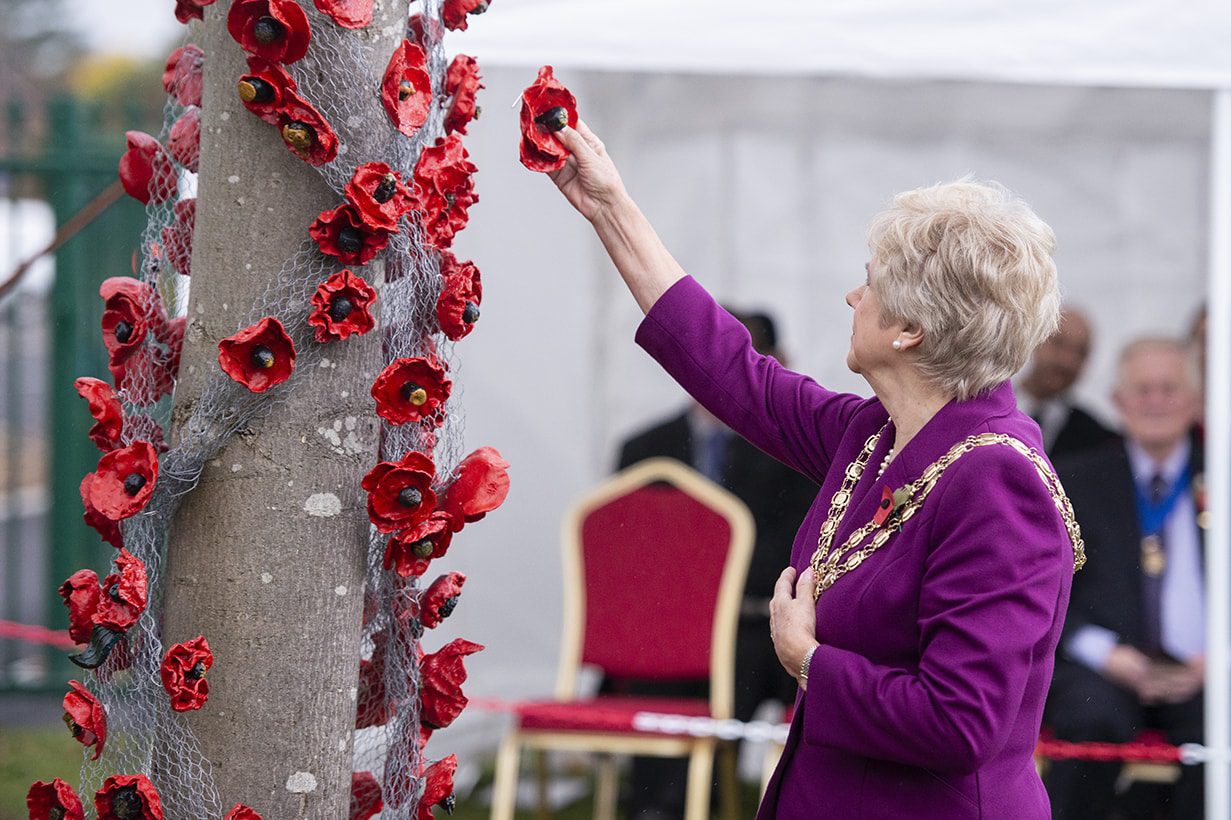 Fareham College has sponsored the Tree of Remembrance, an art installation to commemorate the 100th Anniversary of the end of World War 1 on 11 November.

The project, initiated by Fareham Academy, saw art and design students and staff from neighbouring Fareham College deliver workshops to Year 7 students at Fareham Academy in preparation for the installation. Pupils from St Jude’s Catholic Primary School were also involved in the special memorial.

Each student created a clay poppy to commemorate the centenary in the spirit of the famous ‘Blood Swept Lands and Seas of Red’ installation of 2014 at the Tower of London.

The Mayor of Fareham, Councillor Mrs Susan Bayford and Royal Navy commander Trefor Fox, as well as teachers and pupils from a number of local schools, attended the unveiling, which took place at Fareham College on 9 November.

As part of the opening ceremony, Fareham College art and design student Libby Austin recited the poem “For the Fallen” by Laurence Binyon.

“We’re so pleased to be involved in commemorating such an important event. I’m incredibly proud that our staff and students were able to collaborate with Fareham Academy’s young creative pupils on this project.”

Remembrance Day is held in Commonwealth countries to remember members of the armed forces who died in the line of duty, and those who have been involved with and affected by war and conflict. This year marks 100 years since the First World War armistice.

“The Tree of Remembrance has been a wonderful and important project to be involved in. Our pupils, and the staff and students at Fareham College, have worked incredibly hard to create it. We are so proud to finally see it on public display for our local community.”

Those wanting to see the Tree of Remembrance can do so by visiting Fareham College where the installation will be on display until the end of November.