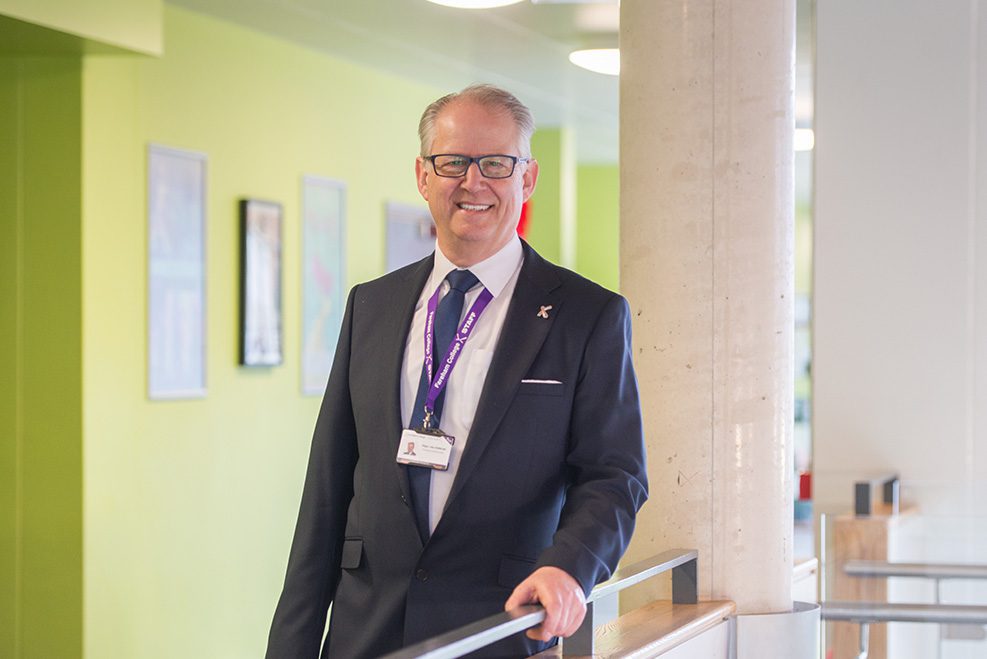 The Principal of Fareham College, Nigel Duncan has been awarded an OBE in the Queen’s New Year’s Honours list 2019, the annual recognition of achievements and service of extraordinary people across Britain.

Awarded the OBE for his services to Further Education, Nigel’s career spans nearly 40 years, beginning as a lecturer at Solihull College of Technology in 1981, before moving to work at Lowestoft College as Senior Lecturer and Deputy Head of Department in Health, where he was promoted to Director of Faculty for Vocational and Technical Studies. After 14 years at Lowestoft College, Nigel then moved to West Herts College as Director of Curriculum.

In 2004 Nigel graduated with a Master’s Degree in Business Administration in Educational Management from the University of Leicester. Nigel is also a Fellow of the Institute for Learning.

Nigel joined Fareham College in 2005 as Vice Principal Curriculum and Corporate Development, where he was responsible for all aspects of curriculum design, development and delivery, quality and the student experience. In March 2012, Nigel was appointed as Principal and Chief Executive at Fareham College and in this role he has the executive strategic responsibility for the quality of the College’s provision, the financial integrity of the business and the safety of all that use the College.

As Principal, Nigel has been integral to the College’s success. In 2014, Fareham College opened its Centre of Excellence in Engineering, Manufacturing and Advanced Skills Training (CEMAST), a leading centre in the UK for apprenticeships and technical qualifications. The College was also judged ‘outstanding’ at its most recent Ofsted inspection and last year was named best FE college in the country by the TES.

Nigel, who is due to retire later this year and sees the award as a very special way to end his career, said,

“I am delighted to be awarded an OBE. It is a fantastic honour, one that I will cherish forever. I would like to thank the amazing team at Fareham College. They do an excellent job in helping me make the College an outstanding place where people achieve and go on to find career success. I couldn’t have done it without their support.”