Debating is an important skill which allows the examination of ideas and policies with the aim of persuading others. Joining in the debate allowed the students to consider the world around them by thinking about different arguments, engaging with opposing viewpoints and speaking strategically.

The teams from each school went head to head to debate three chosen topics; ‘this house would make university education free for students’, ‘this house believes the media has become too powerful’, and ‘this house would ban animal testing’. The twist; each team were told the topics only two weeks in advance, giving them a short amount of time to prepare their arguments.

Each debate was judged by a panel, including Mark Waldron, Editor of The Portsmouth News, Nigel Duncan, Principal of Fareham College, and Councillor Connie Hockley, Mayor of Fareham. The teams were judged on the content, style and strategy of their arguments. They were awarded points based on the accuracy and relevance of examples used, the delivery, presentation and use of language and voice, as well as topic engagement and quality of response to the other side’s arguments and structure.

All teams worked incredibly hard on preparing for the debate and it was a valuable experience for all the students involved who thoroughly enjoyed taking part. The winning team were Portchester Community School, who have won the fantastic prize of an exclusive tour of the Houses of Parliament as well as tickets to Prime Minister’s Questions. 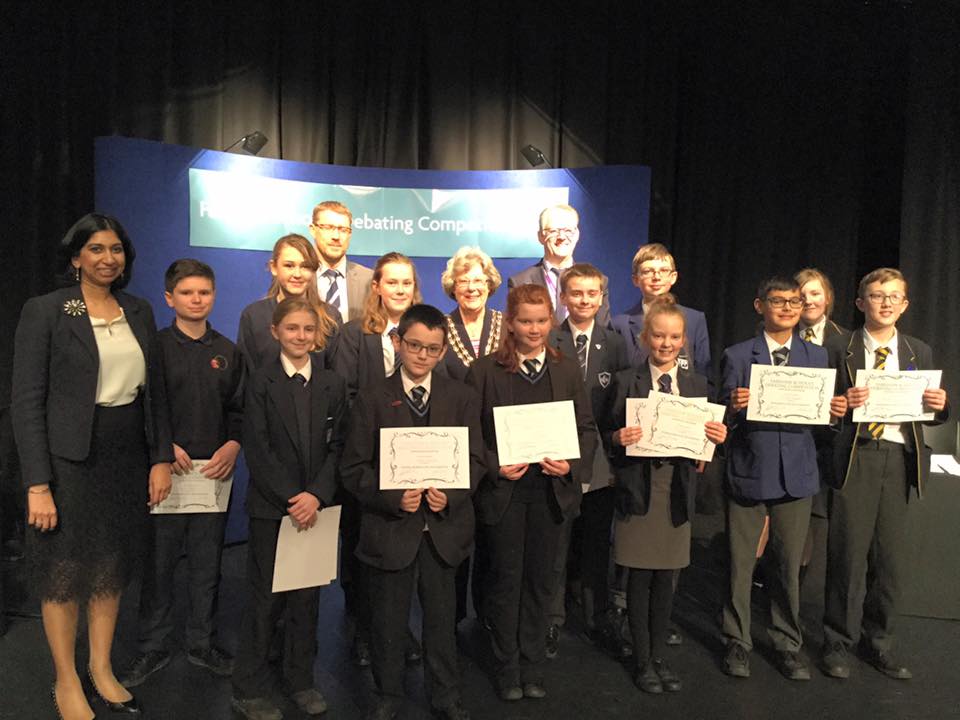